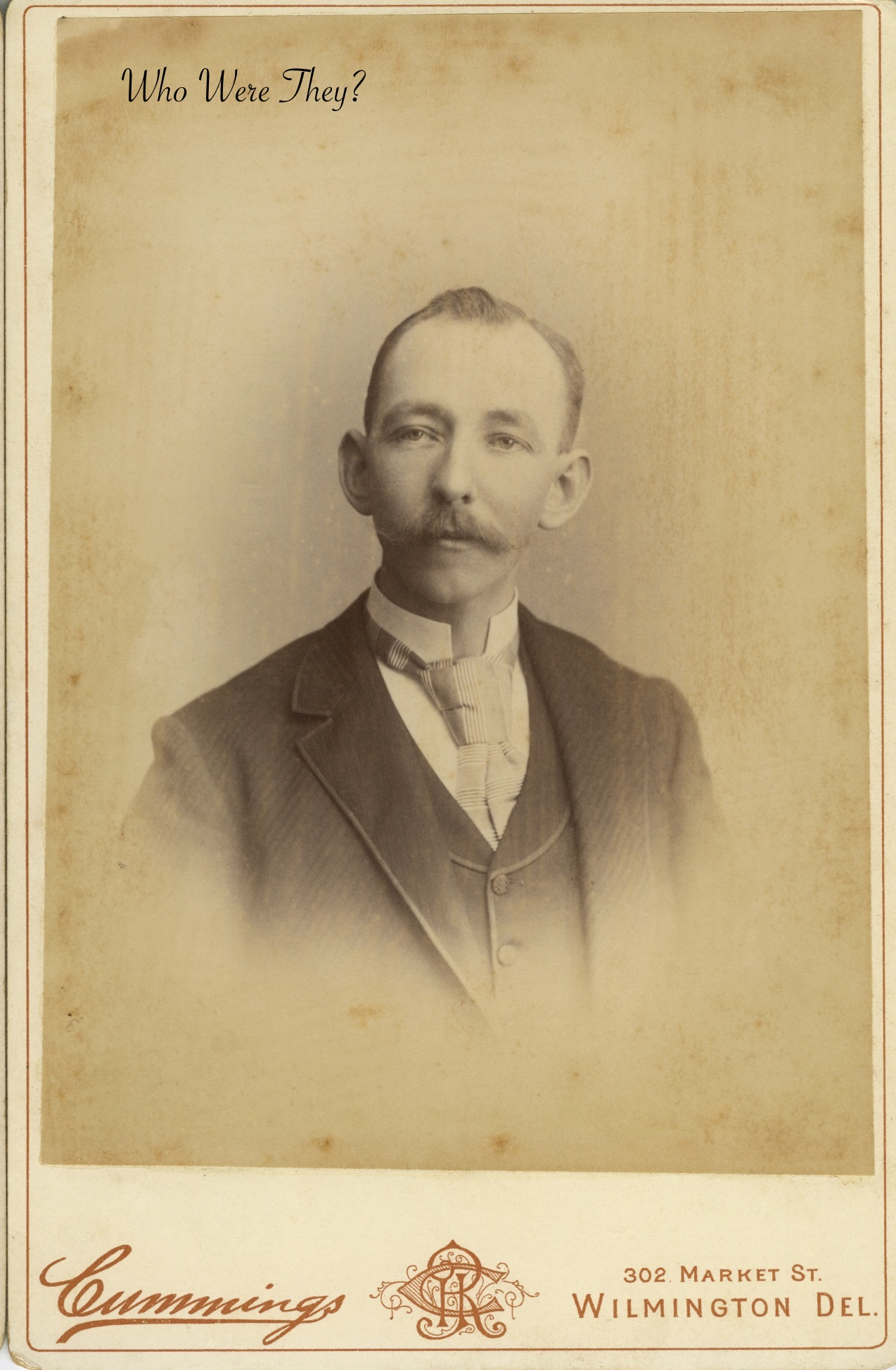 For our latest addition to the Mearns Family Album we have this fellow in what I think of as a stylish suit. Although I have commented that men’s fashions are nearly unchangeable through the second half of the 19th century, that is not actually true. Thankfully for you guys! At some point – again I beg pardon for my lack of men’s fashion knowledge – it became fashionable to trim the edges of the lapels with…something. I am uncertain what but the closest approximation I can come up with is twill tape or twill bias. The same fabric would be used to cover buttons if the buttons were fabric covered. This man’s suit is an example of that style. The knot of his tie is quite large, more like a cravat even, and his collar stands up straight. He sports a fine mustache that one would be proud of, perhaps he hoped it would draw attention way from his ears, which stand out like a pair of taxi doors. His expression seems to be a bit smug, as though he was feeling quite proud of his natty appearance.

The photographer was J. R. Cummings at 302 Market Street, Wilmington, DE, who was known to be in business in 1889, which is the year I will select for this photograph.