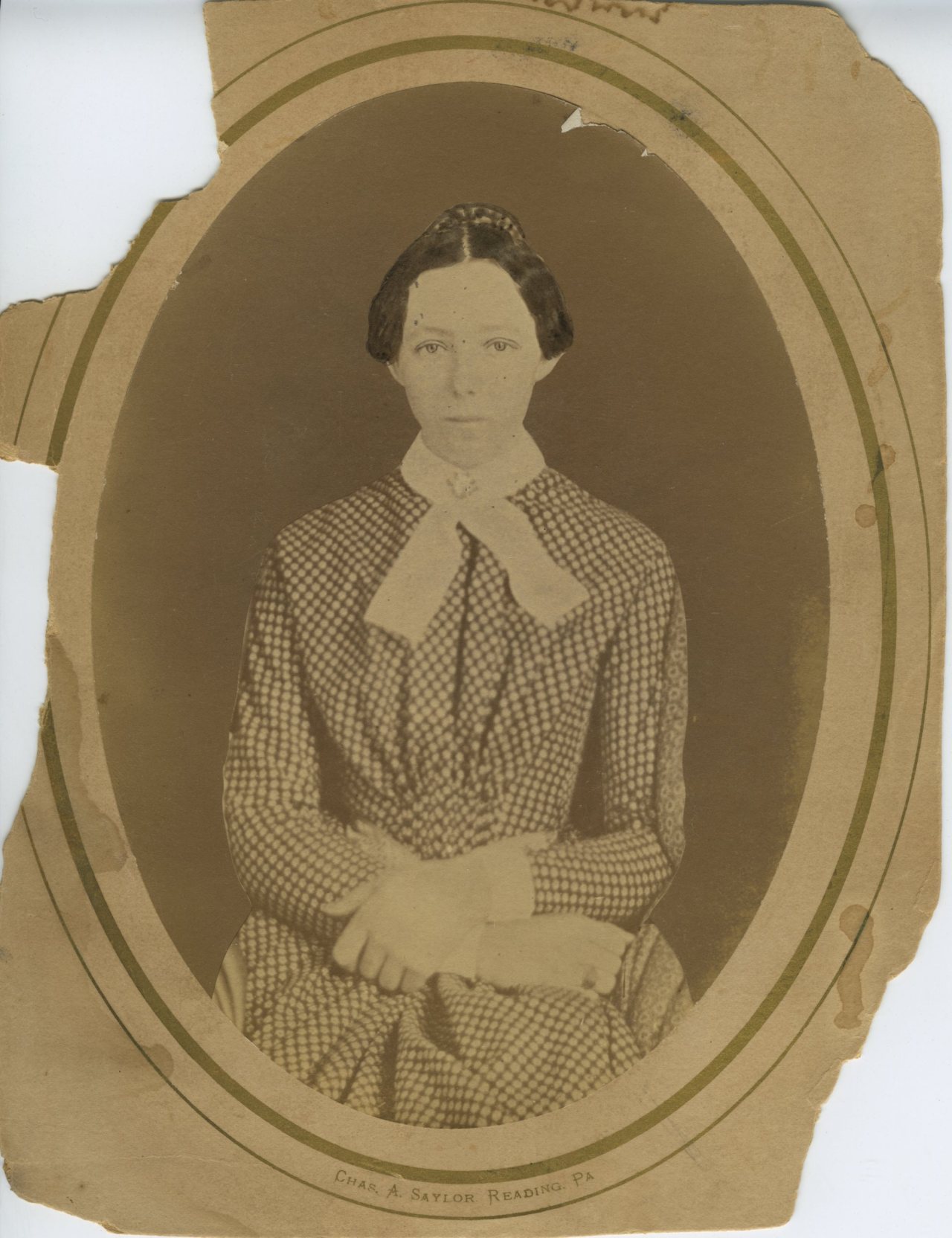 This photograph is a damaged mystery. For one thing, you can see how badly damaged the cardstock is. It has water damage as well as missing pieces. Important for our purposes though, the image is hardly damaged. The original card was approximately 7″ by 9″. The clothing worn is very “1850s” to my eyes. The gathered front bodice was more popular at the end of the 1850s and lingered on into the 1860s, and was popular with matrons and older women. But this photo is much larger in size than any other 1860s vintage photo I have seen. The photographer Chas. A. Saylor of Reading, PA was a known photographer of Civil War soldiers, and was one of “the most prolific photographers” during the CdV era.

Could this photo be a reprint? Even the contrast between her dark hair and light complexion suggests the older photographic methods. I don’t know enough about them to really say much about it, except if I didn’t have this card in hand, I’d have guessed at a daguerrotype or ambrotype. Or, am I completely misreading the photo clues here and is this a later vintage photo, even an 1870s image?

Also mysterious is that when I enlarge the image, I can see that the pattern of the fabric around her skirt on the right side is “different” as in she might have been sitting next to someone else with a different dress, AND it has the look of her image having been cut out of a larger image. The whole thing is odd, honestly!

10 thoughts on “A damaged mystery”