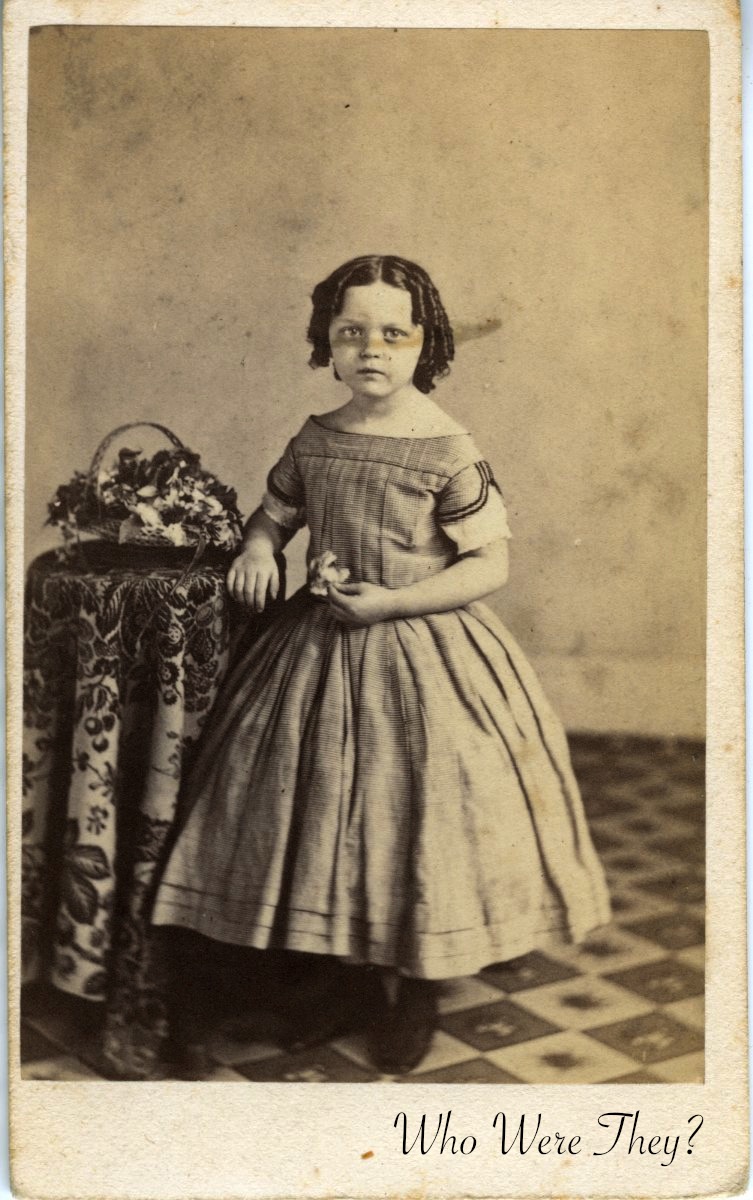 Here we have two sisters photographed in about 1865. It is unfortunate that there is damage to the photo on the left, right across the eyes, because she has such a serene expression on her face. I call her Pretty. Pretty is holding a flower in one hand while resting her other arm on the table next to her. Her dress is exquisite, surely held out with a corded petticoat and probably one or more standard petticoats. The skirt – with two growth pleats at the hem – appears to be pleated to the waist of her bodice, which has a wide opening and petal sleeves. Her hair was painstakingly curled into ringlets all over her head. She looks like a little adult, which was quite common for girl’s fashions. I call her sister Pouty, because she looks for all the world like an early Shirley Temple to me. She clearly does not want to be having her photograph taken and likely wants to go home. Her dress consists of a skirt, white blouse and jacket with 3/4 sleeves. It also probably has a corded petticoat and a couple flounces underneath. Her hair also was carefully curled into ringlets and has an interesting side part, which might lead one to initially think this is a boy, but the face is very soft and feminine. Maybe she just stamped her little foot and insisted in her little girl way that she wanted it parted “her way!”