I have been told and have read many times that the Cartes de Visite (CdV) photographs were used as calling cards or visiting cards, and while I never doubted that, I always wondered what exactly was done with them. How did the hostess handle those CdVs taken at the door from visitors? I can now tell you how they were handled in two households at least. 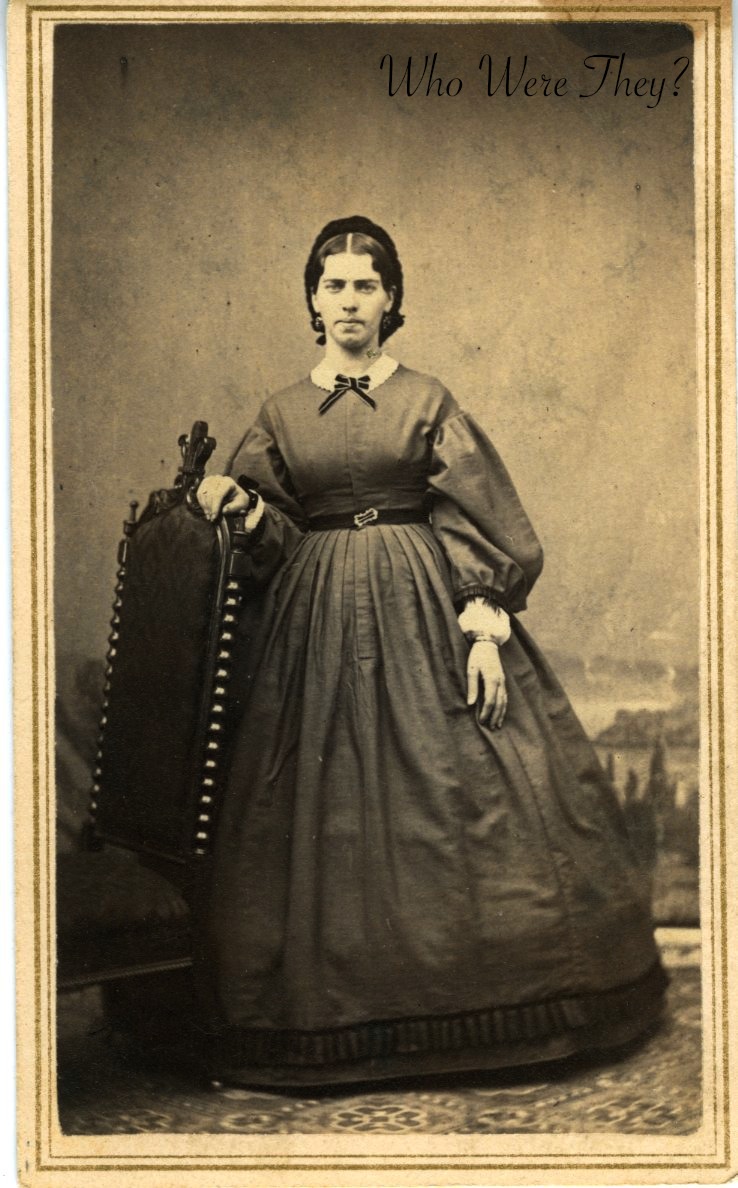 A pretty young woman in a basic post-Civil War 1860s era dress. The card corners are square and the borders date the card to 1864-1869. A nice likeness of this young lady. 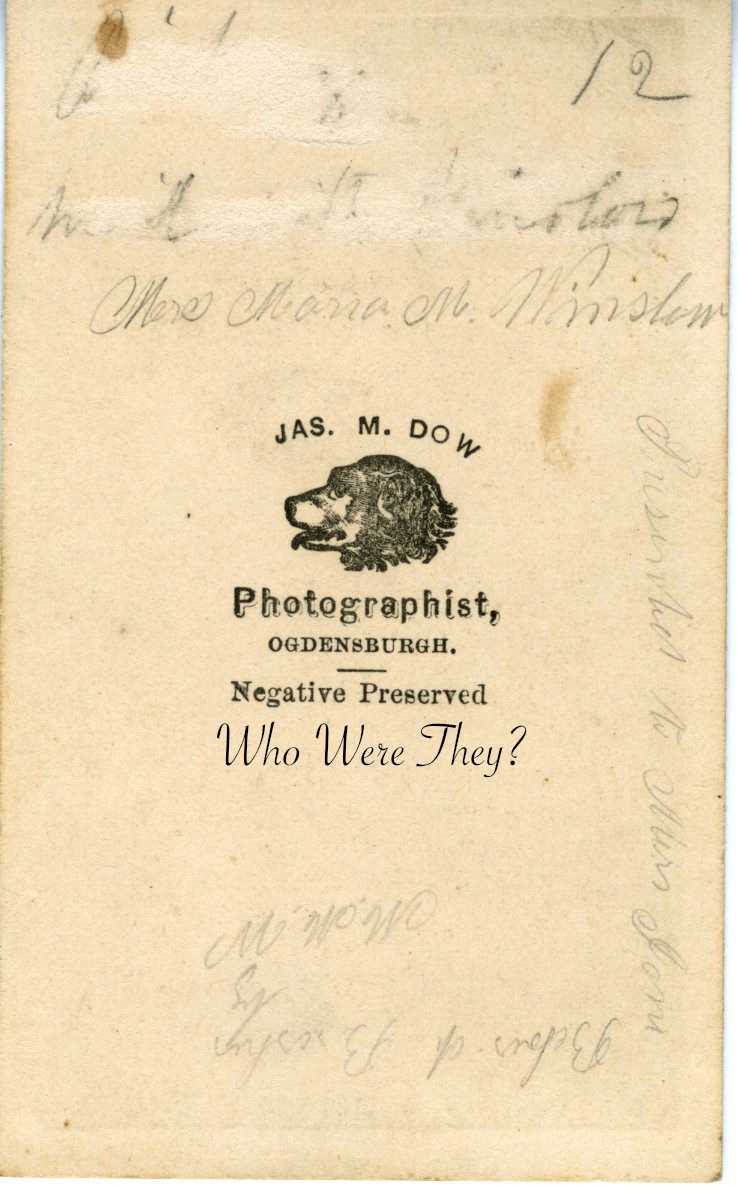 On the back are notes in pencil. I have digitally played with this to enhance the writing. It appears to say “Mere Marra M. Winslow” across the top. Along the side and continued on the bottom it says “Presented to Mrs Joni Beber of Brasher by MMW.” I don’t know what was scratched out at the top of the card, maybe it was misidentified by the butler. 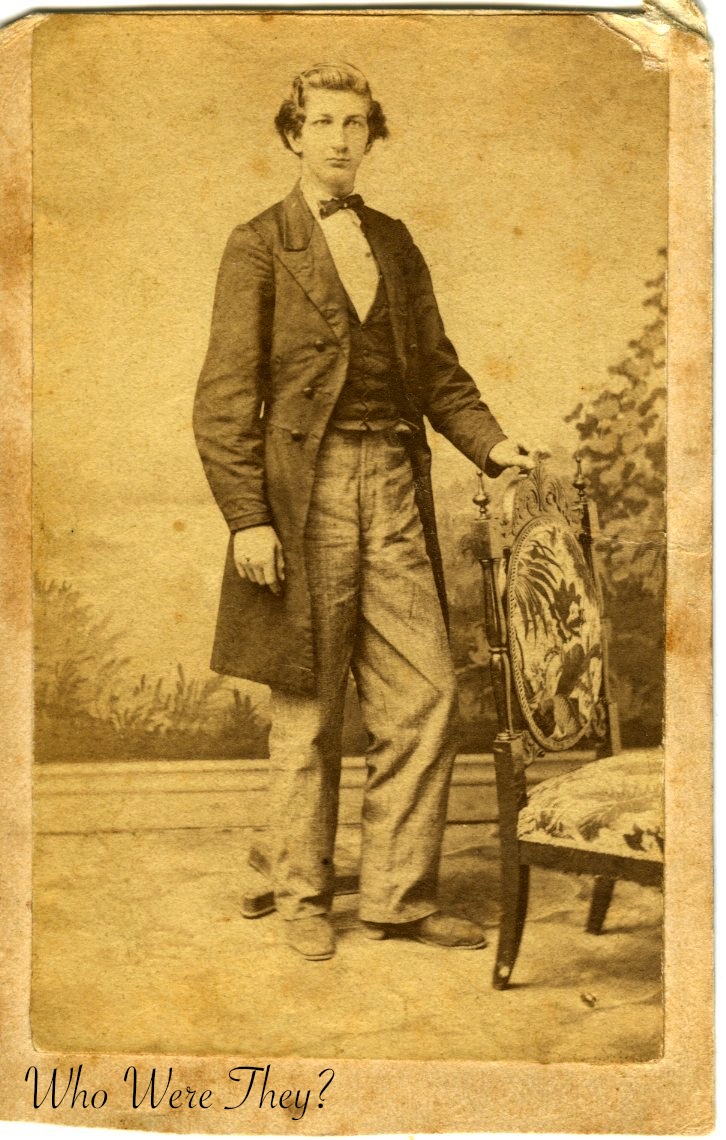 A handsome young man in a similar setting as the previous photo – a scenic backdrop and a chair. This card is terribly yellowed and damaged. The back is even worse. 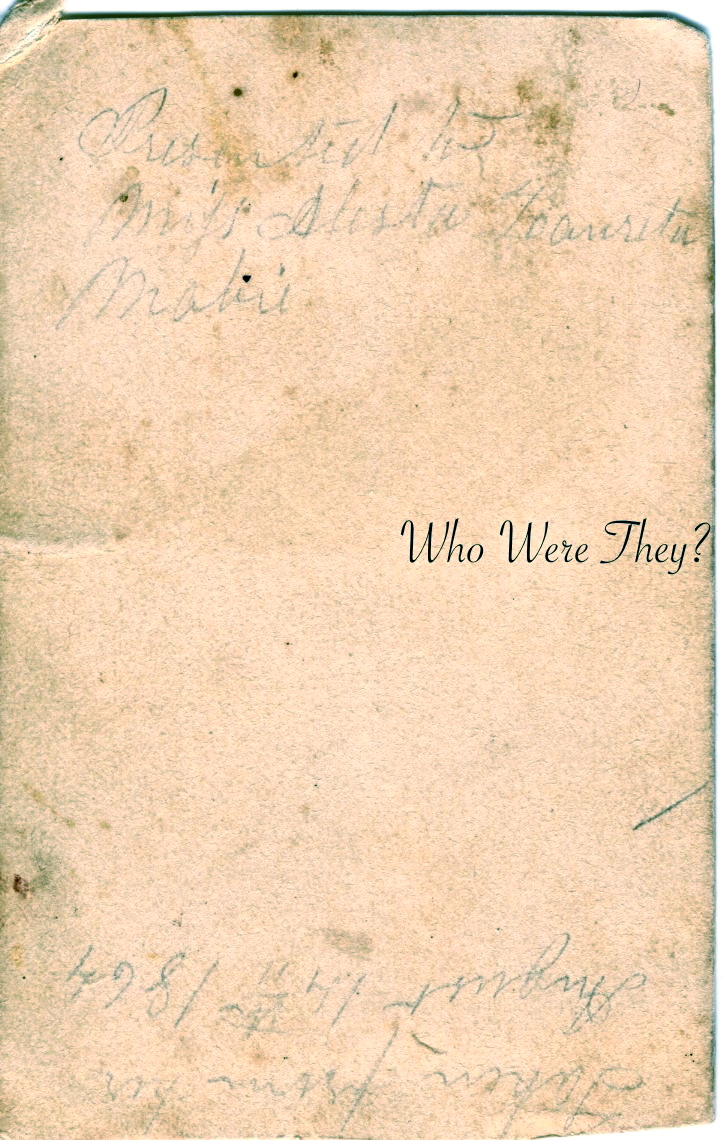 In adjusting the color levels it has turned almost pink, but it’s almost brown with age. The top portion says “Presented by Mist. Alesta ???rita Mabre.” I can’t quite make out the middle name and Alesta doesn’t seem correct for a man’s name. It might be Alestair but the handwriting doesn’t resolve into that for me. The bottom portion says “Taken from sir August 14, 1864.”

Being as the second photo does not have a photographer’s mark, I have no way of knowing where this young man was from.  The first photo was taken in Ogdensburg, NY.