Today a series of photos that I titled “blurry” in my files. You can tell why, they aren’t the most clear images, mostly because they were probably taken on an inexpensive camera with poor lighting, indoors in some cases. The early photographers knew that good light was crucial to striking the best images, and often advertised their skylights and modern lighting. With the advent of the personal camera, any old Tom, Dick or Harry could take a camera with him on his adventures to document his way. Sometimes, T, D or H didn’t realize good lighting was necessary to capture the moment in the best way.

This little series was part of a trip to “somewhere European.” I believe they are WWII vintage, possibly from before, during or after the war, but around that time. There is a large building similar to a barracks, but more telling are the pin ups on the walls. It’s an interesting peek into the life of this person at a time long gone. Where he was or when is lost, but this slice of his environment as he chose to show it tells us a little about him.

None of the photos were identified. They were found in a massive box of loose photos in an antique shop in California. 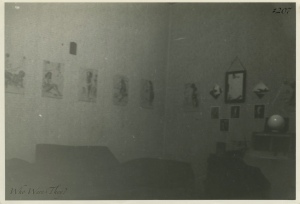 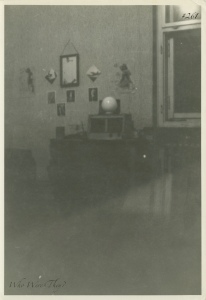 More pin ups and a radio? 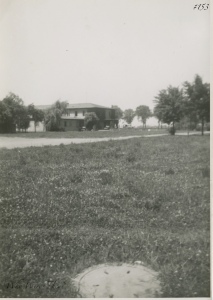 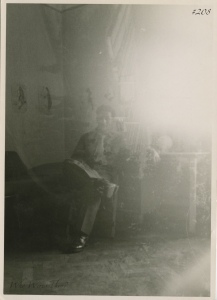 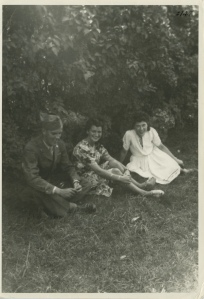