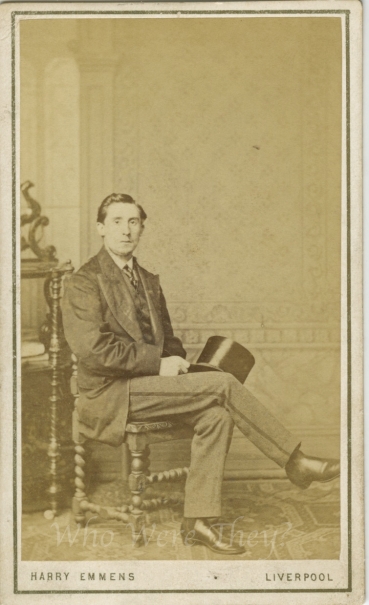 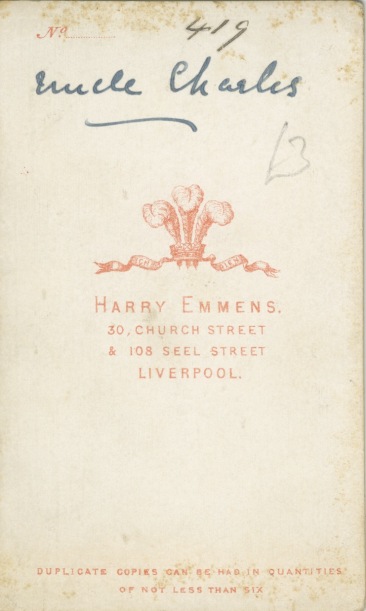 Up for your perusal today is Uncle Charles from Liverpool. I like his shiny top hat and well buffed shoes. They look to be a low boot with elastic insets to allow it over the foot. Elastic was invented in the 1820s by Thomas Hancock and his collaboration with Charles Macintosh led to the production of rubberized overcoats, among other things. Hancock finally patented his rubber processing machine in 1837 and became the leading producer of rubber goods in the world. Elastic was used in boots and shoes extensively, both in men’s and women’s fashions.

The photographer Uncle Charles used was Harry Emmens of 30 Church Street and 108 Seel Street, Liverpool. By the studio appointments, I’m guessing this CDV was made in the 1880s or 1890s. Stay tuned for more photos from this family. Someone at some point identified a few of them, but I haven’t had a chance to try to track anyone down yet…if I can at all.

This is a Sepia Saturday submission! Click through and explore as they did in times past, up the lazy river, around the bend and across the great oceans.

Take a tour of the world