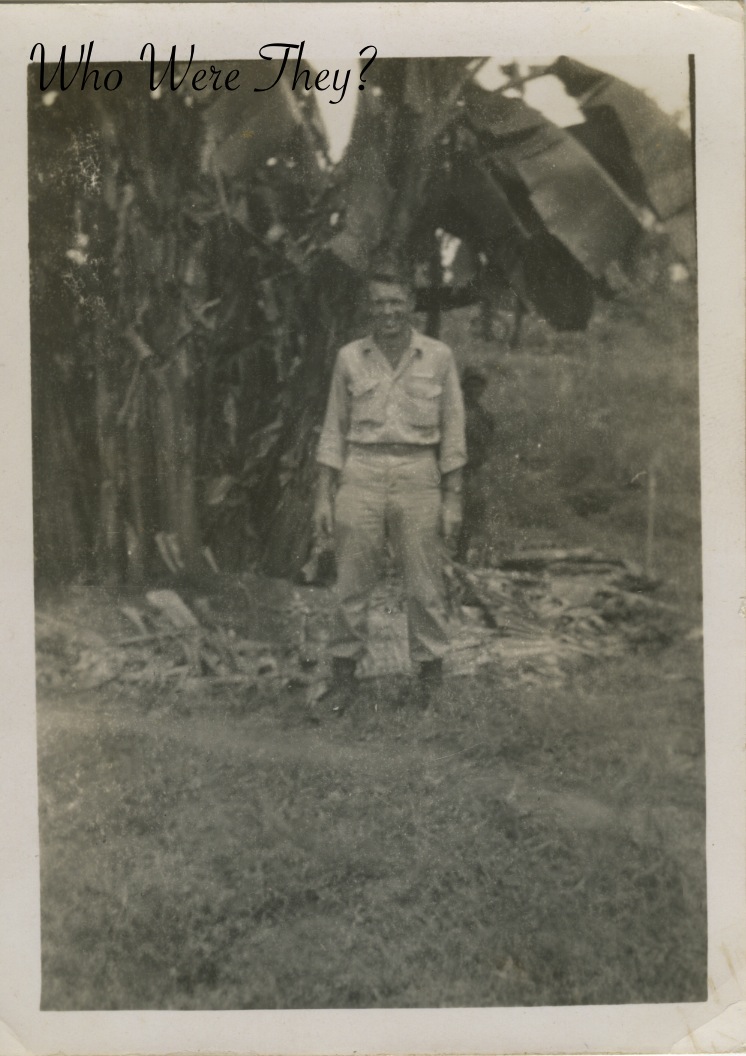 This week’s Sepia Saturday was another challenge for me due to my dearth of 20th century photos, so I searched my files and came up with something somewhat on theme. The prompt was of a group of WW1 soldiers cooking in the rubble of a bombed out town. Wow, that is tough to meet. So here I have two photos dating from 1940-50, of American military men somewhere in the tropics. That’s about as vague as you can get, I suppose!

The image quality is quite poor, with the subjects all barely discernible beyond “men”. I wonder if these were mailed home with a letter identifying Tom, Dick and Harry? Based on the posture of the top right man on the group photo, he appears to also be the man in the palm thicket photo. I don’t know enough about American military dress during that decade to even venture a guess a to what branch they were.

The backs of the photos have the Kodak Velox stamps. “Kodak print” is in a circle and “Velox” is printed on a diagonal, dating the photo paper to 1940-1950. Beyond that, there’s no information to tell us more about these fellows who paused for a moment to pose for a couple photographs on a sunny day, somewhere in the tropics.

Please click through to Sepia Saturday to then jump off to an array of fantastic sepia images from around the world.

14 thoughts on “Somewhere in the tropics”