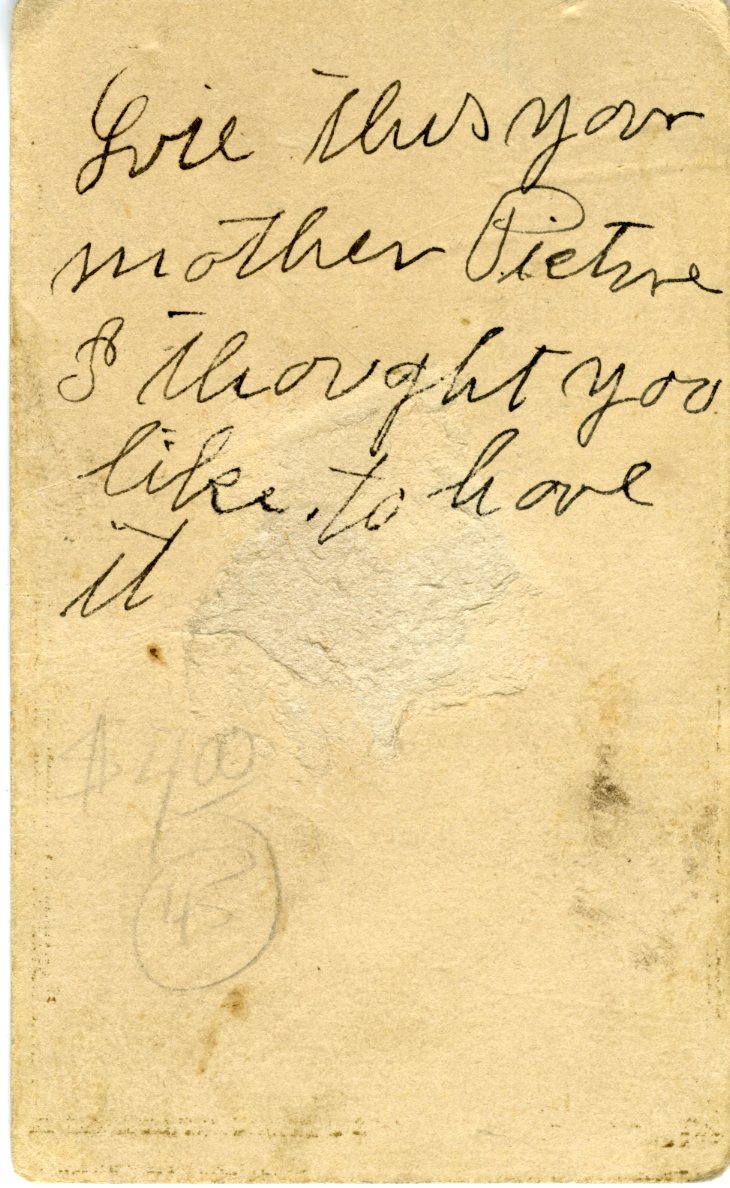 For today’s photo we have a CdV from the mid 1860s. This is the first time I have seen a photo of an 1860s dress with a bodice of a different fabric than the skirt. While it was known to have been done, it’s difficult to prove. For those of us who enjoy the 1860s and Civil War reenactment, this can help refute the “stitch counters” who insist it just wasn’t done.

The back of the CdV was written by an unknown person to someone named Lois (?). I don’t think the name Lori was in use in the late 1800s but I could be wrong. The way I read the back is “Lois this your mother Pietra I thought you like to have it.” However, I am guessing at Pietra as the name because my brain wants to see Pietrse, which makes no sense to me. Whatever her name, she was fairly young in this photo, lending credence to the “two part dress” argument. Her dress might have been two combined parts from old dresses, or a more fashion forward effort similar to the Garibaldi dresses (a skirt, white blouse and bolero style jacket) that were popular with young women.

UPDATE: Iggy suggested the word is PICTURE not Pietra, and I am inclined to agree, making it “Lois this your mother picture I thought like to have it.” Thanks Iggy & Winston!

9 thoughts on “Your mother Pietra”