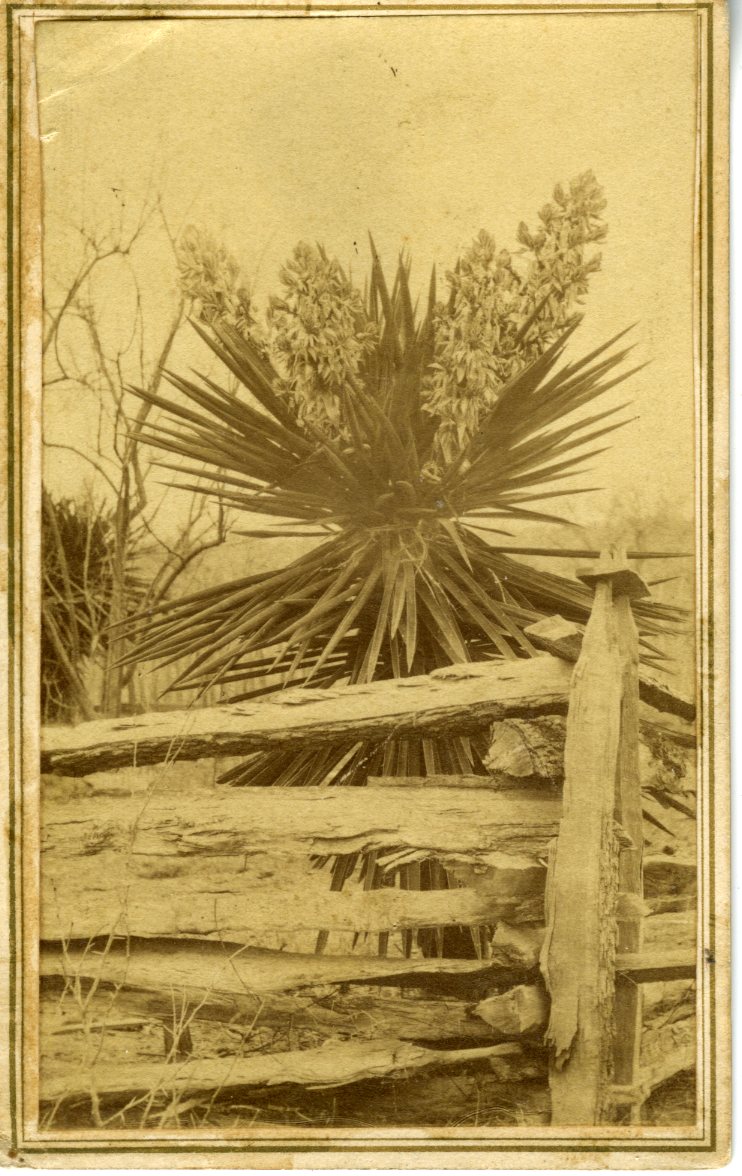 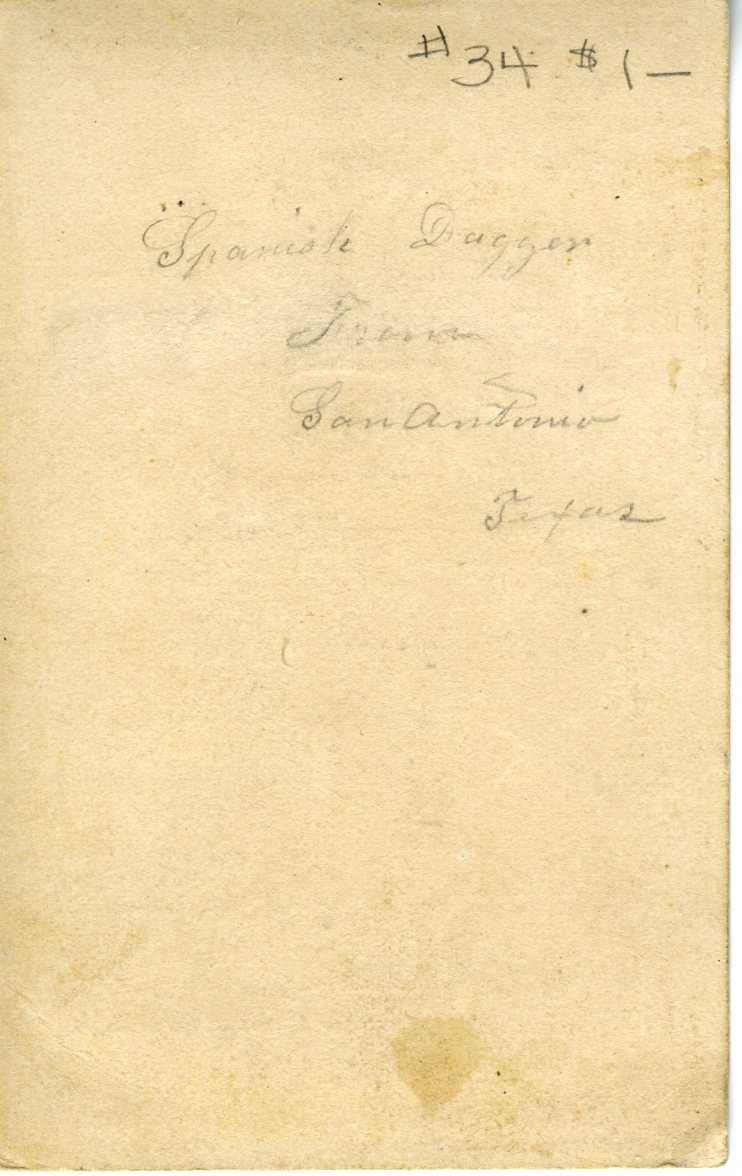 This CdV can be comfortably dated to the mid to late 1860s based on the square corners and border lines. Written on the back is “Spanish Dagger From San Antonio Texas.” The Spanish dagger plant is also known as the yucca gloriosa which is native to the American coastal southeast, growing in sand dunes. San Antonio is about 150 miles from Corpus Christi on the Texas Gulf Coast. According to the USDA, the yucca gloriosa is not known to grow in Texas.  Hrm. I found other images online that are similar to this Spanish Dagger in bloom to confirm what the original owner of the photo wrote.