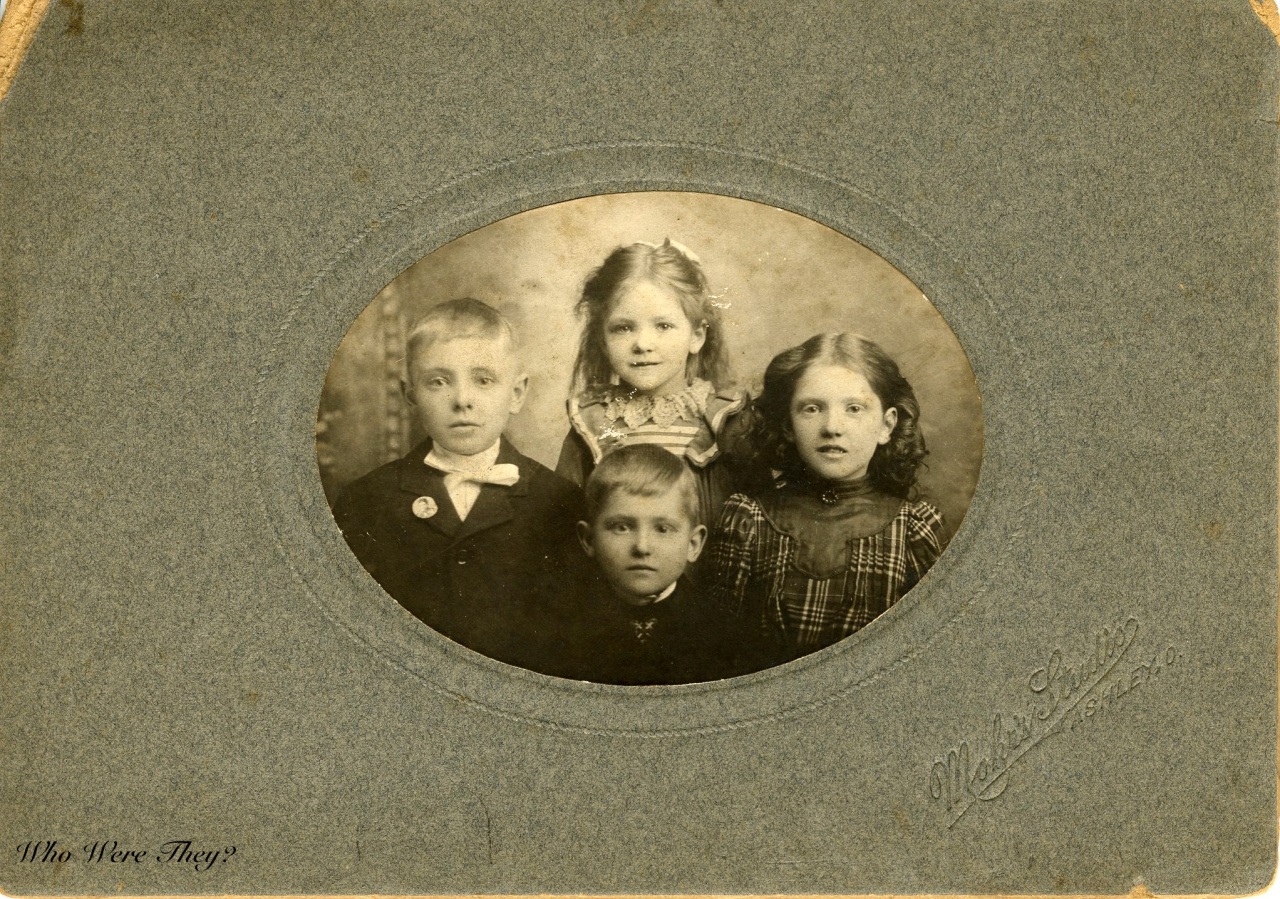 I found this cabinet card in a box of many other photos at a local curio shop called Keepers. There was actually a duplicate of this photo in similar condition but I chose this one because the names of the children are written on the back. The girls are Mom (center) and Edna (right) and the boys are Mark (left) and Hoyse (center). Mark appears to be wearing a photo pin, which were popular as a death memento or mourning piece. The back may have had a lock of hair of the deceased person, which appears to be a woman. While digging through the box for other treasures, I found the photo below.

These are certainly the same children a few years earlier than the photo above. The scalloped/deckled edges were popular in the 1890s, so I am dating the younger photo as 1895 and the second photo as 1900. The photographers were Sharp in Cardington, OH and Mahr’s or Mahrl Studio of Ashley, OH.

UPDATE: After studying the writing, I have come to the conclusion the name is Hayse.