I believe photographs were used sometimes on calling cards as a way to impress the young lady of interest to a young man. These two fellows dressed nicely for their images to be made, I suppose so they could share the images and thereby be certain Miss Susie Jones would remember them. Or so I like to think. 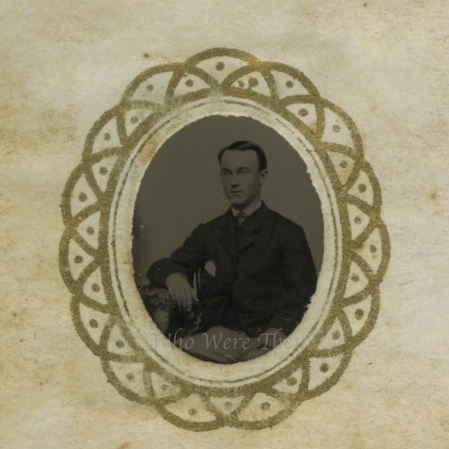 Up first, Mr Left sat for a half portrait, which is essentially half his body. A full portrait would obviously be his whole body, a bust shows the shoulders up. The seated pose allowed the subject to project an official air, or perhaps something more distinguished if that was desired. Mr Left rested his elbow on the chair back and that is the white patch you see in his underarm area. It is a fine portrait and hopefully helped with the heart of his lady love. 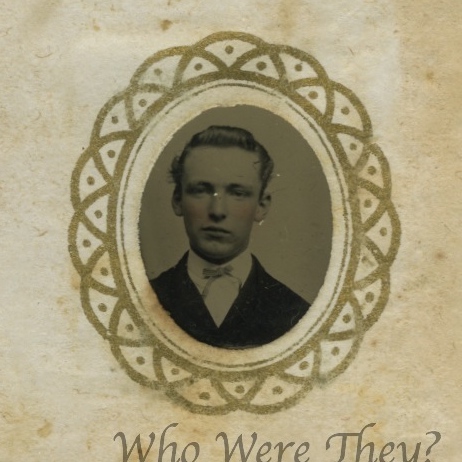 While he looks a bit young and wet behind the ears, Mr Right surely impressed the ladies with his pinkened cheeks and fine brow. His hair looks to have been slightly curly and oiled into obedience. While his face is solemn for the portrait, it looks as though he could quickly smile and charm even the most stern spinster.