Momentous events in history are the topic of the week, and Sepia Saturday gives us the prompt of Archduke Franz Ferdinand and his wife, just a few moments before his assassination, which started World War I. One of the major battlefields during World War I was outside the city of Verdun, about 200 miles (250 km) from Paris. The town is ancient, having been an occupied fortress before the Romans came rolling through, and takes its name from the Latin Verodunum, meaning strong fort. The town is surrounded by several forts which were targets for German forces in an effort to break France, and therefore break Britain. 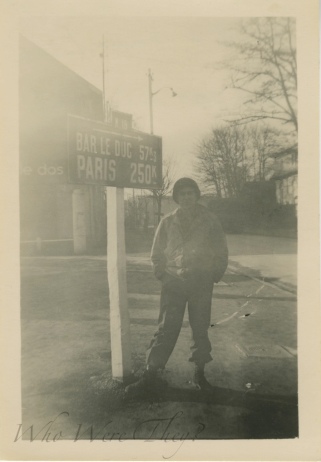 While part of the town fell to German forces, not all of it did, and eventually Allied forces attacked the German flank at the Somme, bringing a conclusion to most of the fighting at Verdun. Over eleven months, hundreds of thousands of men died on the verdant land in and round the town. Verdun hosts several monuments and cemeteries consecrating the numerous remains. French General Philippe Pétain helped to keep open the Bar-le-Duc road – the only road available to bring in supplies to the beleaguered town. It became known as The Sacred Way. 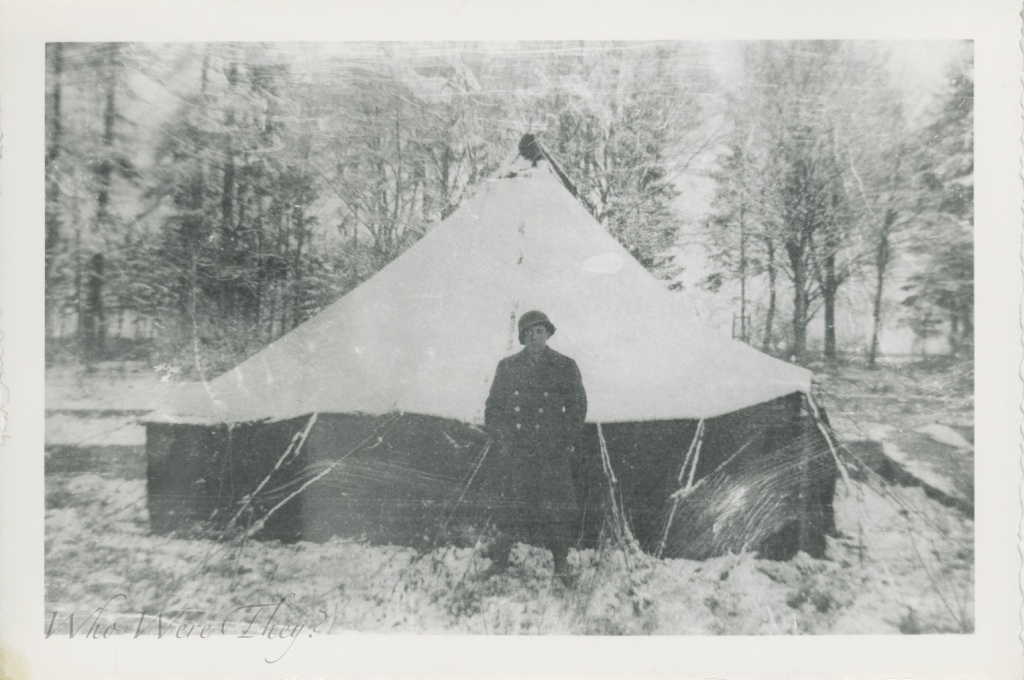 During World War II, France fell to the Germans thanks in part to the actions of the very same General Pétain, and Verdun and all of northwestern France became occupied by German troops. After the Normandy Beach landings by Allied forces in 1944, the Germans were pushed out of the region. By September of that year, Verdun was liberated, but then heavily bombed by the retreating German army. This interesting article from the Sydney Morning Herald describes troop movements as of September 2, 1944. The Allied troops moved north toward Belgium and Luxembourg virtually unopposed.

These photographs found in the local antique stall are badly scratched from time and mishandling, but show a soldier – Carroll – while he was in Verdun in 1944. We can see the snow in some of these, and so we know they must have been after the September offensive by the Allied forces that freed Verdun from German occupation. The first photograph might have been taken in the autumn of that year, and shows the signpost for both Paris and Bar-le-Duc. 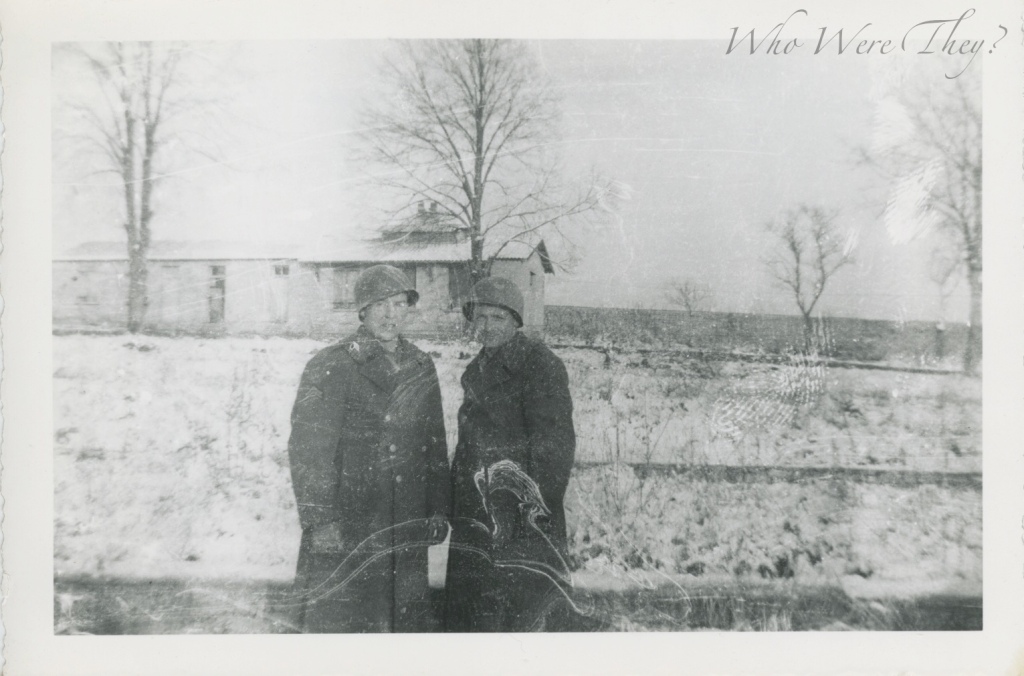 Carroll is the fellow on the left in this picture. I’m guessing at the spelling of Munar. The handwriting is small and cramped. Maybe it is Monroe. Although they were certainly in the area in connection to the Allied victory over Germany and subsequent stabilization efforts, that is all we know. The photos became lost somehow, separated from their subjects and forever a curiosity for us to muse upon.

For other major events and significant moments in history, great and small, click over to Sepia Saturday. You will be happy you did!