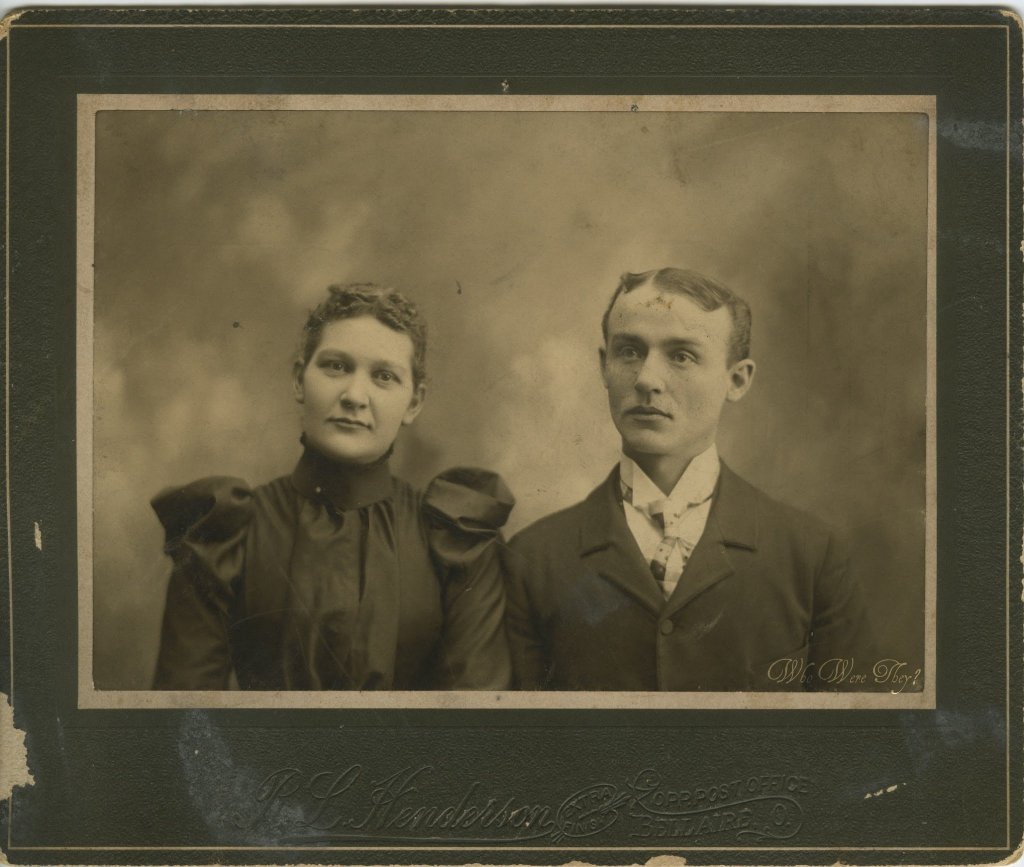 This unidentified couple from sat for Robert L. Henderson of Bellaire, OH. My mother tells me that the city is pronounced “Buh-lair” by locals.

I found a book entitled Centennial History of Belmont County, OH, published in 1901, which referenced Mr Henderson. He was born in Bellaire, in 1869 to father Robert and mother Hester. Robert Sr originally was from Richmond, VA, and was born in 1853. That made him 17 years of age when Robert Jr was born. First a saddler, he later joined the Baltimore & Ohio Railroad base in Bellaire, and lived there until  his death in 1895. His mother was living at the time of publication of the history, though no mention of her age was given. She originally lived in Wheeling, West Virginia, moved to Bellaire with her family – where her father ran a jewelry shop – and returned to Clarksburg, WV.

Robert the photographer was the oldest of five children in the family. As a youth he learned photography from his uncle, a Mr. Sellers, who later established a mobile photography studio. Robert stayed in Bellaire and opened his studio in 1896. He married Emma Coffman and they had two children, Paul and Mildred. The book also notes he was a Republican and a Christian. According to a West Virginia vital records search, they may have had an additional child named Charles.

Judging by the clothing worn by the subjects of the photo, this was made early in his career. The woman’s sleeves are consistent with something made in the 1890s-1900s. The photo mount is consistent with those used after 1900. She is looking directly into the camera, while he is looking off to the left of frame.