This week’s Sepia Saturday prompt (a railway kitchen) had me searching in the antique shop for interesting photographs, and while I did find some that would *probably* work, I settled on three photographic proofs of an industrial kitchen. Little did I know what an great historical touchpoint this would turn out to be.

Upon first glance, the photos looked like a standard industrial kitchen – large work areas, people in white coats & hats, large cooking apparatus. Two major clues stood out right away. First, the stamp “Unfinished Proof Ninomiya” and on the back, writing in Japanese. 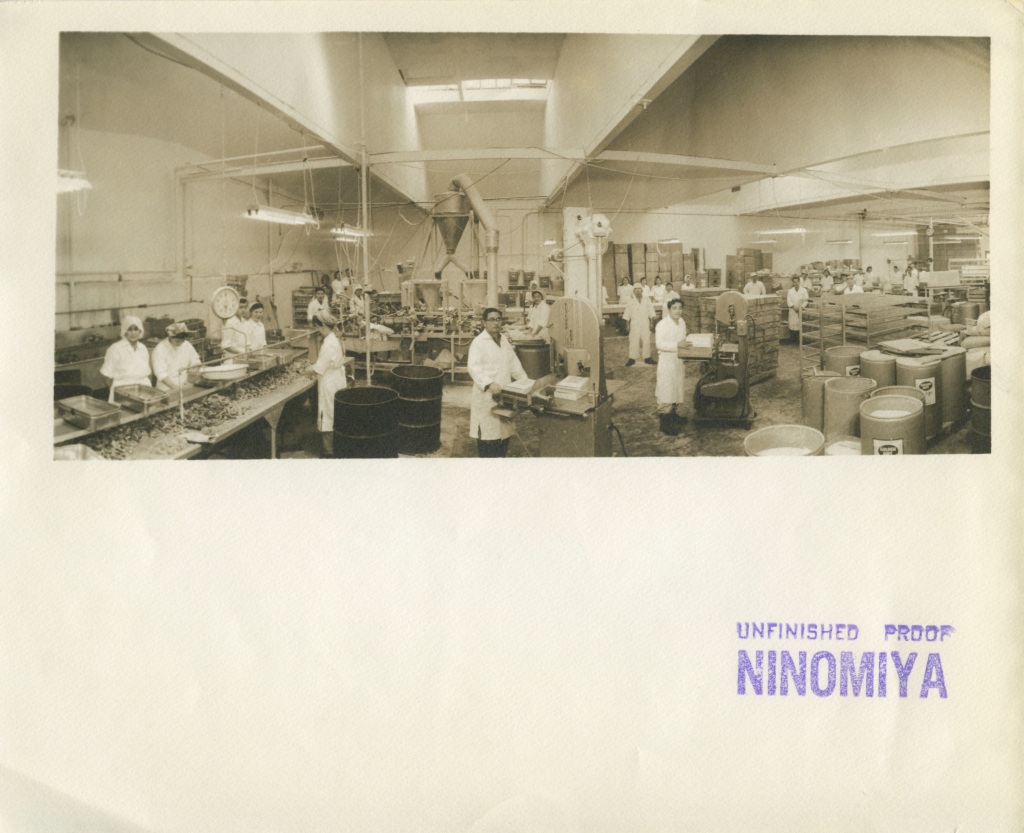 While I am guessing at the kanji at this point, all the photographs have the word “shrimp” written in English. This particular wide-angle image has and additional character. It could be kitchen, production, room, something else entirely. If you read Japanese, please feel free to comment with a translation. 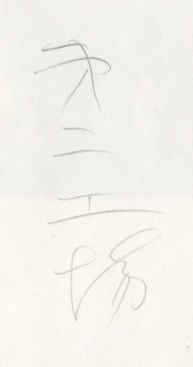 The top three characters are written on each photograph. The bottom character only appears on this wide-angle one.

Next, I took a look online for the photographer. As it turns out, Ichiro Ninomiya was a prolific photographer in Los Angeles, CA, in the Little Tokyo area. Some time in 2010, a photographer in Los Angeles took possession of 15,000 or so negatives representing the majority of this photographer’s life’s catalog of work. The materials were to be thrown in the garbage. O.o. Ichiro Ninomiya was interred in a “relocation camp” in the US during World War II.  This embarrassing bit of American history has long been swept to the side by people who would rather forget the enforced relocation of thousands of American citizens of Japanese origin. Ninomiya’s family was interred in Arizona. After the war ended, the family returned to the Little Tokyo area and Ninomiya took up his long and historic photography career. He was well known in the area, and photographed everyone from regular everyday people to the governor of Hawaii.

On the website Saving Ninomiya I discovered a few photographs of Ninomiya himself and his studio.

Click on the photo or the link to take a nice long look at the website. The curator of the collection was scanning negatives, and it appears some of the collection has been housed at a local university. While it appears the site has been fallow for a little while, hopefully the Sepian interest will spur the curator to update us! There is also a Facebook page: Ichiro Ninomiya: Saving a Life’s Work. I know all of us Sepians can identify and connect with the intent of this project!

Another photo I found on the site was of the Rose Frozen Shrimp Inc. (Squeee!!) It could just be a coincidence, but I’m feeling pretty confident. 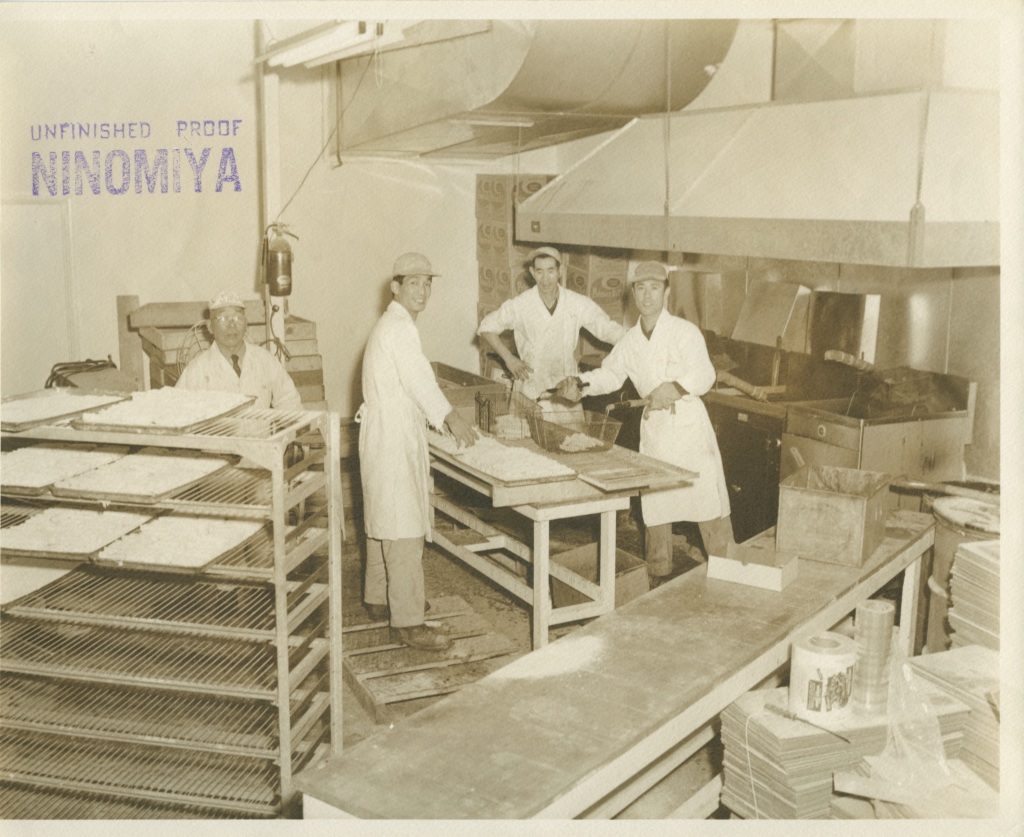 These workers in an industrial kitchen, identified as a “shrimp” kitchen, are working with deep fat friers. Also, in the panoramic photo above, you can see barrels of “Golden Dipt,” which was known as a premium batter. Golden Dipt was manufactured in Millstadt, IL from 1957 – 2010, although the brand dates back to 1938. The Millstadt location was known for making “Japanese breadcrumbs” for batter.

I have reached out to the curator of the Ninomiya collection, and also the the Little Tokyo Historical Society to find out of either group would like to take possession of these images. They probably date from the 1950s and show one tiny moment in the long and proud history of Japanese Americans in Los Angeles. I am delighted to have rescued these from the heap of photos at the antique shop, and also to have learned of such an interesting photographer & the resultant project.

UPDATE: The Little Tokyo Historical Society has responded and are deciding whether they will take ownership of the photos. Fingers crossed that they can find a home with other artifacts and objects similar to their history.

For more images of kitchens, railroads, and otherwise, click over to Sepia Saturday. You will be happy you did!