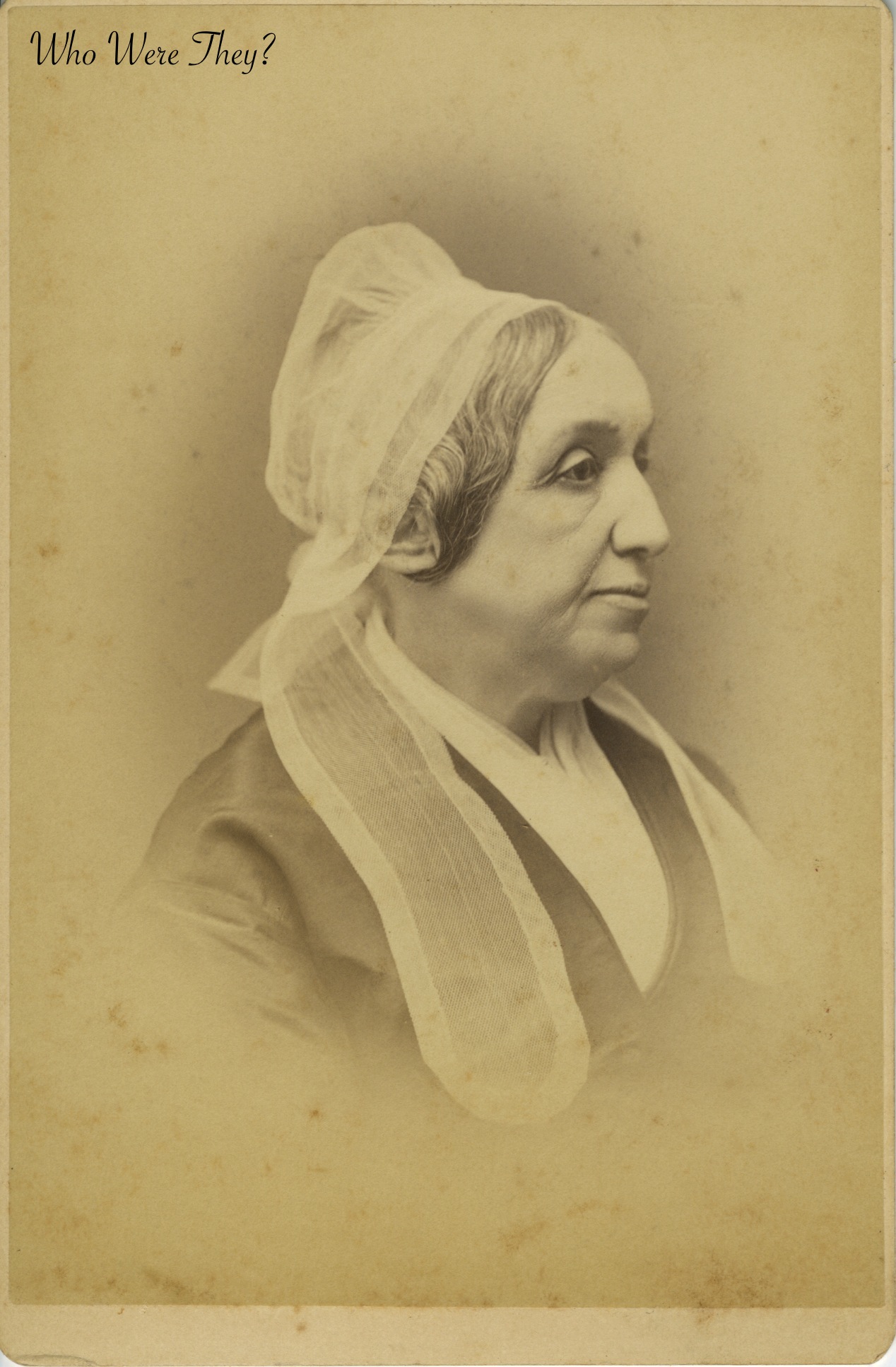 For my final photograph from the Mearns Family Album, I have saved one of my favorites for the last. This photo was made probably in the 1870s, based on the lack of ornamentation on the cabinet card. I have often said that the older set hold onto their favorite fashions and this is a good example of that habit. This lady is wearing some fashions of the 1860s for her 1870s vintage portrait.

First, the daycap. The tradition of having ones hair dressed and covered reaches back through the centuries, and probably arose from a combination of tradition and necessity. During the Renaissance, Europe was going through a mini ice age and it was quite cold, so wearing a covering on the head helped keep people warm. There was also a modesty factor that compelled women to keep their hair confined in public but allowed their closest relatives to see it unbound. Now remember those traditions and fast-forward 300 or so years.

During the 1860s, these lightweight caps were worn indoors as a way of keeping the hair neat. The hair was dressed by drawing it back into a chignon of some kind. A chignon is really just an arrangement of hair in some sort of twisted arrangement, not limited to the sleek look that dominates today. Here you can see that her hair was parted in the center and the sides were turned under her ears, as was the style. A daycap was made from lightweight fabrics, such as linen, batiste, or lawn. This particular one appears to be starched, almost like the cap Amish women still wear today. I don’t know the significance of the drapery falling over her shoulders, but I know that many daycaps had them. If a woman were to leave the house for visiting, she would remove the daycap and wear a hair net and her bonnet. The hair net was not the snood many women wear at Civil War reenactments, but more like the fine threaded hair nets your local lunchlady wears. Yup! of course, some hair nets were made from silk threads adorned with beads and were rather lovely, but the hair net of which I speak was intended to blend into the hair color and not be seen. It was another means of keeping the hair tidy.

And of course for bed, everyone wore a nightcap.

From what I can see from the dress, it also has some remnants of 1860s fashions. The shoulder seam is dropped a good 2-3 inches down the arm, which was the dominant style of the era. The bodice opening is a wrap front, meaning that the front opening wrapped one side over the other and closed with hidden buttons or hooks. There is a fichu in the opening, which was probably part of the dress and provided a fashionable modesty piece. I have seen extant dresses with this same bodice opening, but the one that comes to mind is a sheer dress, which was worn in the heat of summer. The subject of our photo appears to be wearing a dark colored silk dress.

Although this is not to the theme of Sepia Saturday this week, I encourage you to click through and take in the variety of photos a simple prompt can bring in from around the world.

16 thoughts on “Woman in a daycap”