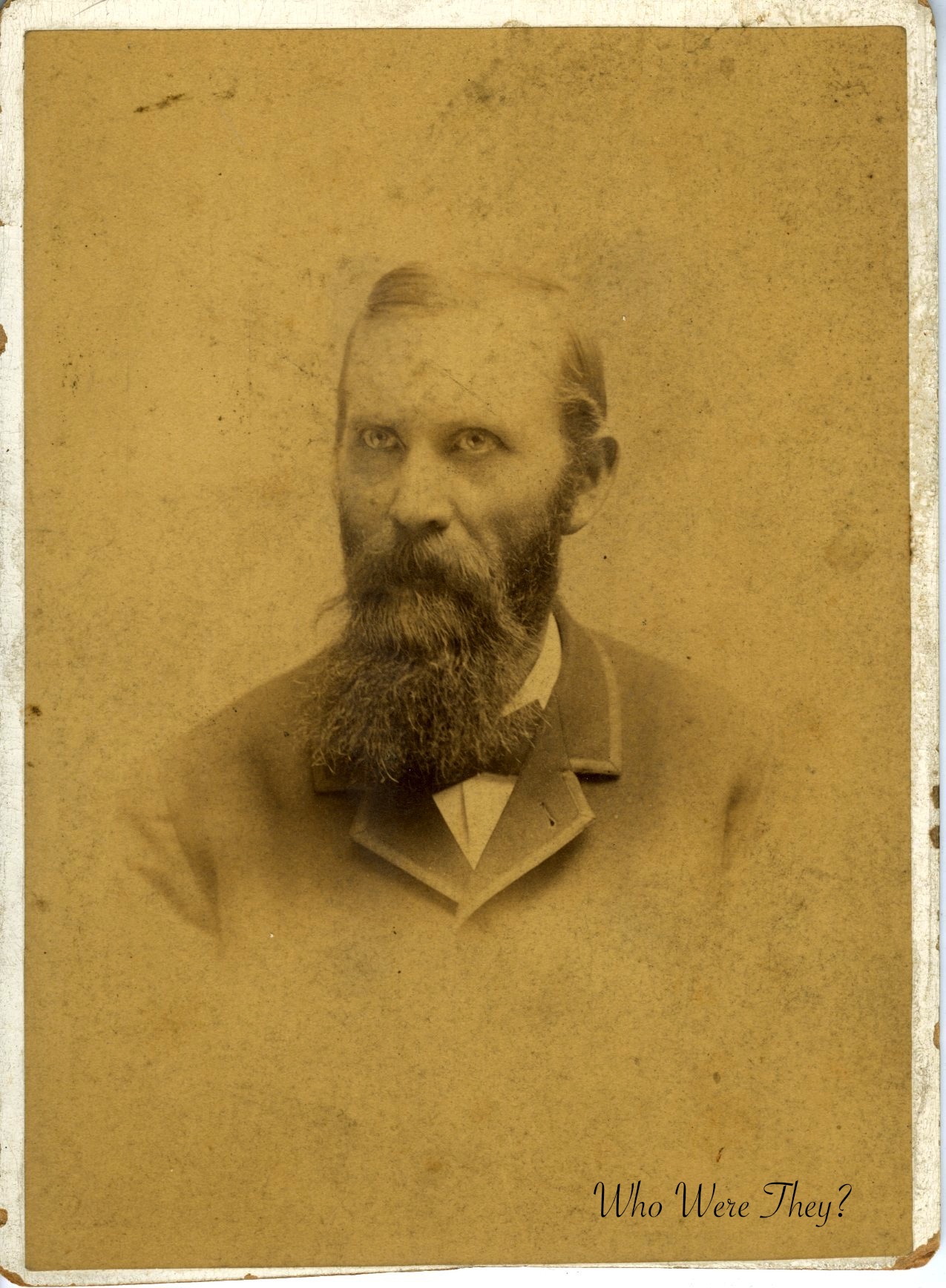 If I met this guy in an old church, I’d run for the hills. He has a serious and sunken eyed stare that could frighten the pants off the best youthful prankster during Sunday sermon. Does he look like he’s kidding when he says “sit still!”? His beard is impressive, reaching the level of his bow tie, and his mustache extends well beyond the width of his cheeks. This is not facial hair he grew out last year; it has been groomed for quite some time.

The cabinet card has been cut so the photographer information is missing. I’d guess this is from the 1890s or thereabouts based on the card itself being white. Although I have seen many pearl and buff colored cards from the 1880s, it isn’t until the 1890s that white cards seem to become popular, based on my inexpert and narrow sampling of cabinet cards.