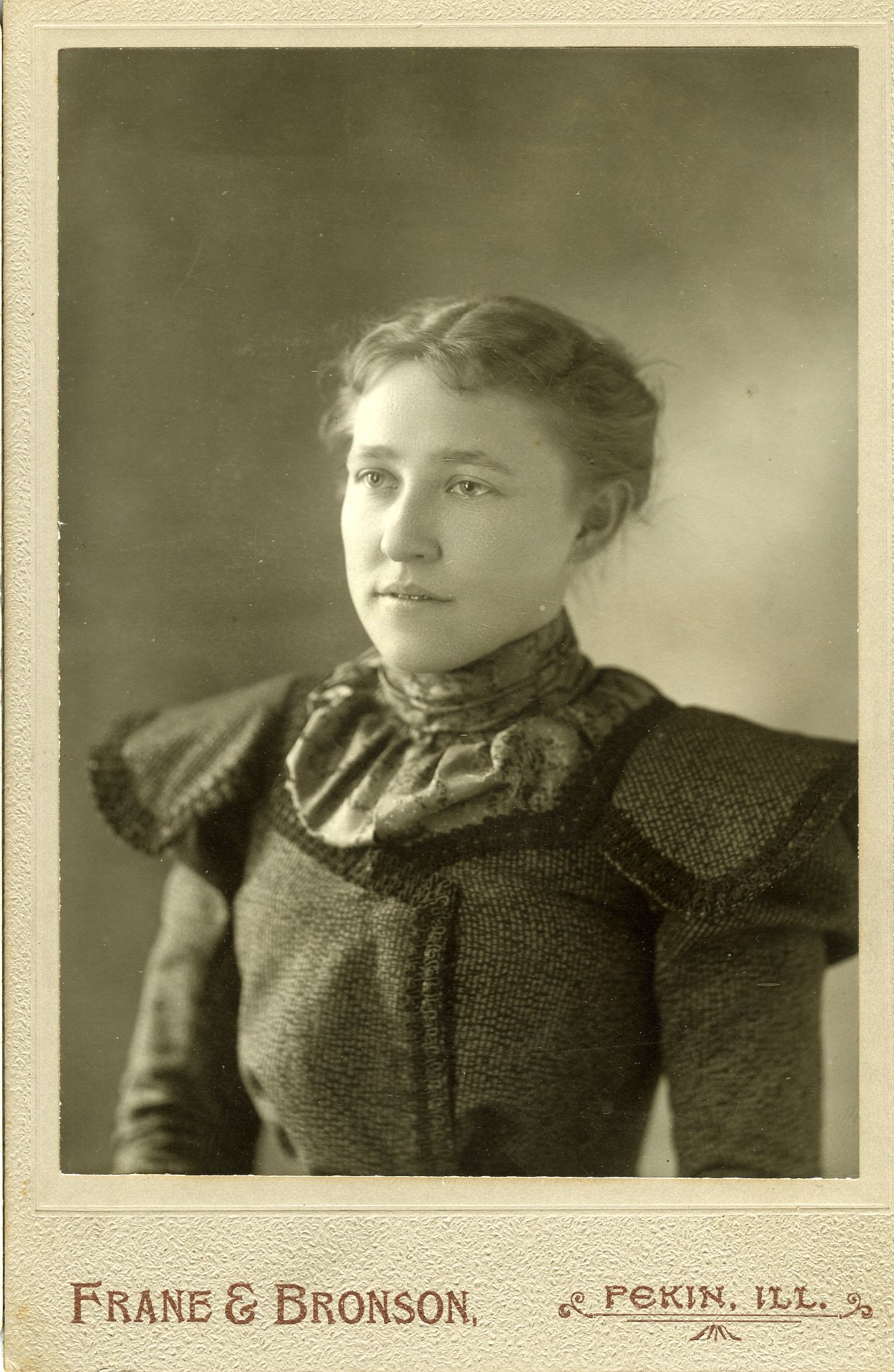 The best way I can describe the “wings” on this bodice is to call them epaulettes, although they really are not epaulettes. Epaulettes are the fancy fringed military insignia worn on the shoulder. They are most well known for decorating the impressive red jackets of 19th century military officers and in US military custom they were allowed to be left off the uniform during combat around 1868. I’d think the shiny gold fringe would be yet another target for a sharpshooter, so it was probably a good policy to institute.

This photograph from the Dobb Long Book is probably from the 1890s and was made by Frane & Bronson of Pekin, IL.