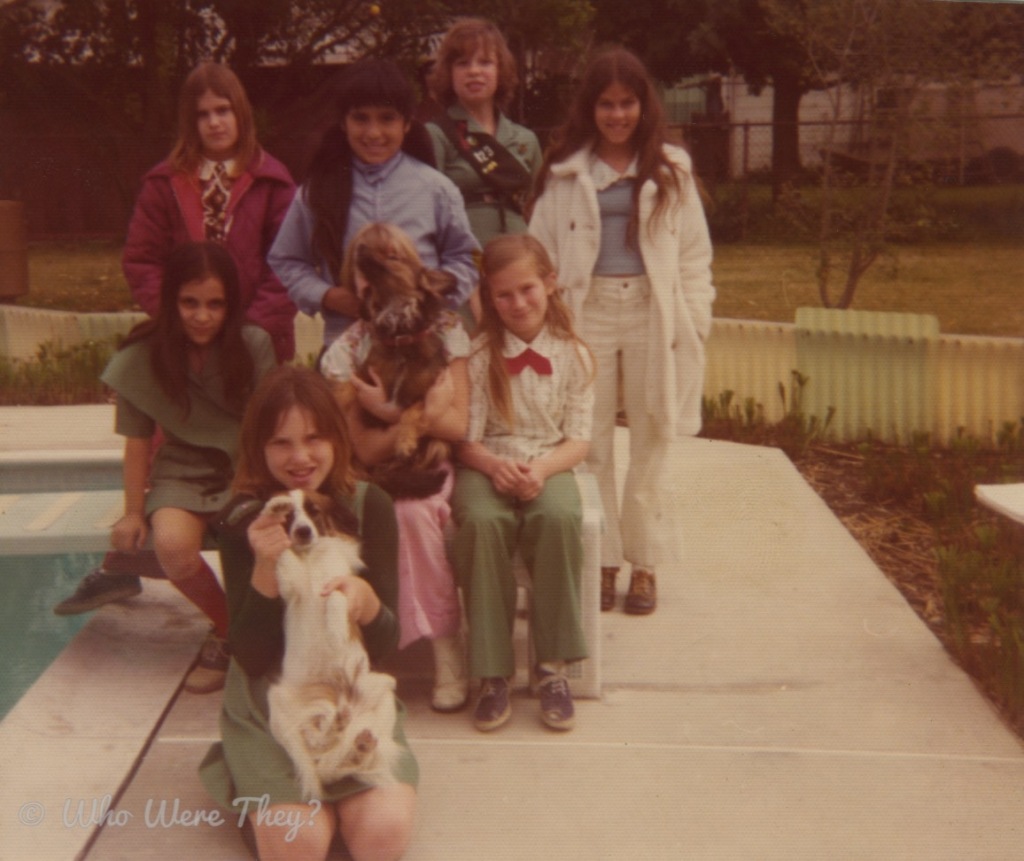 This particular photo shows Junior Girl Scouts from the 1980s based on the style of uniforms. The blouse and red neck tie seen on one of these girls really gives it away. The blouse was white with the Girl Scout logo in a pinstripe format. This was the first uniform update that really allowed slacks and shorts for girls, in addition to skirts. Previous uniforms did have shorts, but the “formal” uniform always included a skirt…until this one. I hated the neckties because they snapped in the center, and during the day they would twist around until they were really wonky and pointed straight down.

These girls are posed on a diving board and have two dogs with them. Were they the troop mascots? Although two girls are wearing coats, the picture was still staged out of doors, making me wonder what time of year it was.

One thought on “Juniors in the 80s”