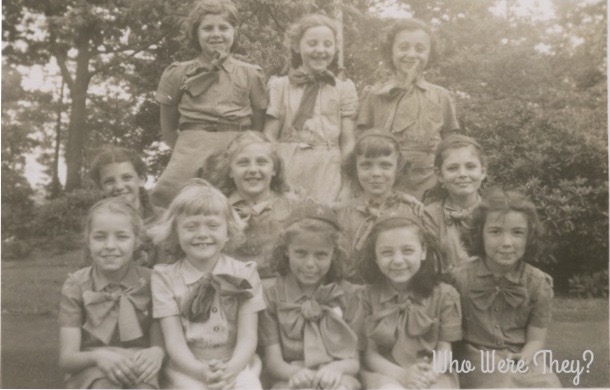 A group of Brownie Girl Scouts, somewhere. The uniforms are consistent with the 1941-1956 style, which featured four to six buttons on the bodice, a belted waist and short sleeves. The dresses were made from cotton and required pressing before wearing. Notice their large bow ties! Two of my Brownies will be modeling these uniforms but we don’t have the ties. I do wonder what color they were. The dresses themselves were light brown. It is possible the ties were red, green or orange. Also of note but isn’t really visible, the pocket on the left breast featured an embroidered Brownie. You can also just see that the girl in center front has on a Brownie beanie. These hats were made of felt and fit over the skull with the Brownie emblem to the front.

One thought on “Brownie Troop”