Off center, slipped down in the placeholder and looking squashed

A page in our little album that does not feature its residents to their best portrayals, unfortunately. The tiny gem tintypes have shifted in their placeholders and threaten to hide some of the better elements on them. 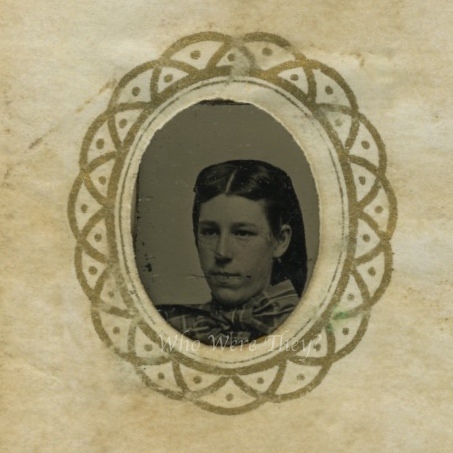 I do wish we could see more of this image, or even more of the dress worn, because there is a massive bow at this girl’s neck and I’m really curious what was going on with that! It is not possible to tell if the bow was part of the overall dress, or if it was worn as a decorative element, such as a bow tie, OR even if it was part of a wrap that was tied around the neck with the giant bow. It is a mystery. 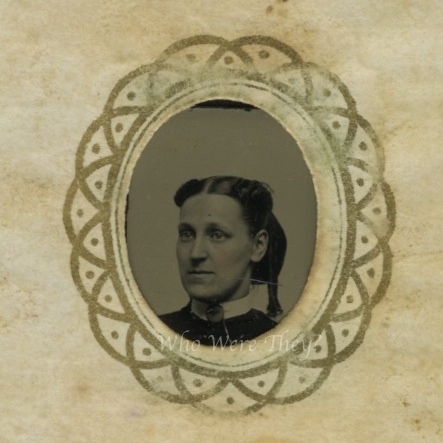 This particular image just appears to be sliding off the edge of the world and we cannot see more of her dress either! The band collar is interesting, however, and these became fashionable post Civil War, I believe in the last years of the 1860s and early years of the 1870s, remaining popular in some form or fashion through the end of the Victorian era. The hairstyle here looks awkward, but I suspect it was well fastened to the back of her head. It just looks like it is going to pull her head backwards!