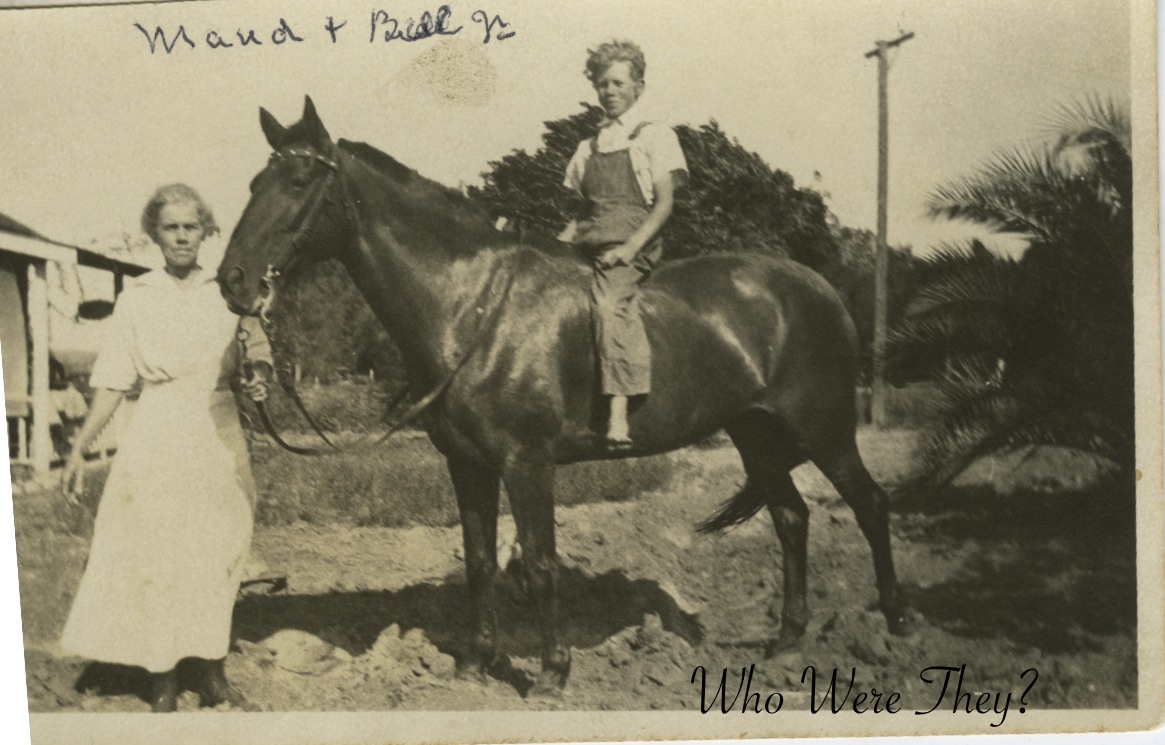 This snapshot is titled “Mand & Bill Jr.” I wonder if Mand was a nickname for Amanda? The horse doesn’t have a saddle and the ground is well turned. Bill Jr. is wearing overalls but no shoes. Mand looks older and I at first thought the note said Mama but looking closely, it definitely says Mand.