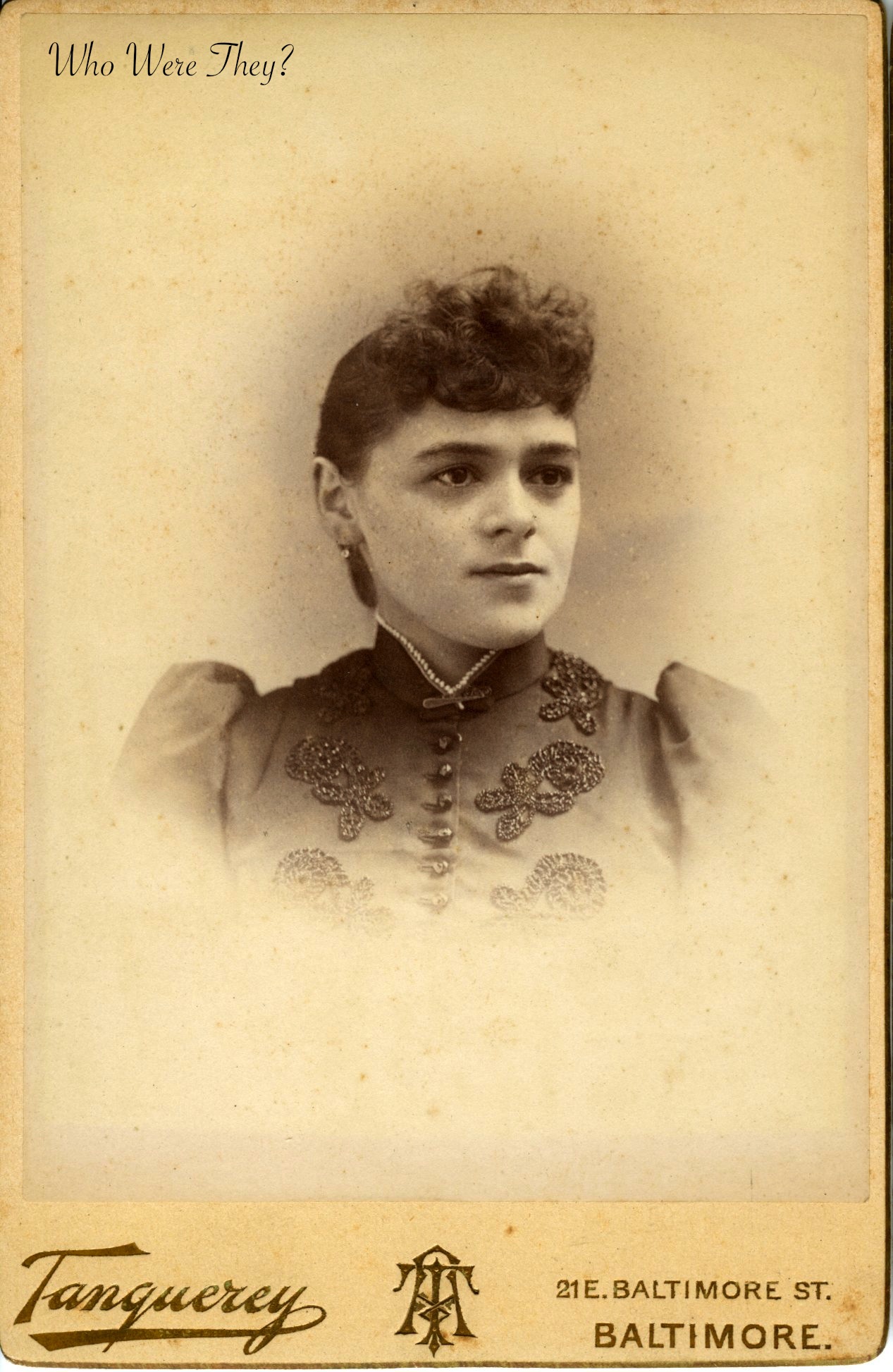 This photo from the Mearns Family Album is identified as Mrs. Rutledge T. Gifford. Her dress is an exquisite example of Gay Nineties fashion. It features the high neck with a bit of tiny lace edging, modest puffed sleeves and fancy applique emblems across the front of the bodice. We can only see six buttons, but there are probably 12-15 all together. I wish we could see more! The skirt likely had similar appliques in a pattern. I see this dress in navy on navy. She has tiny earrings and her hair while pulled back into a bun has bangs that are allowed to frizz and pouf, as was the style.

Right under this photograph is the following one: 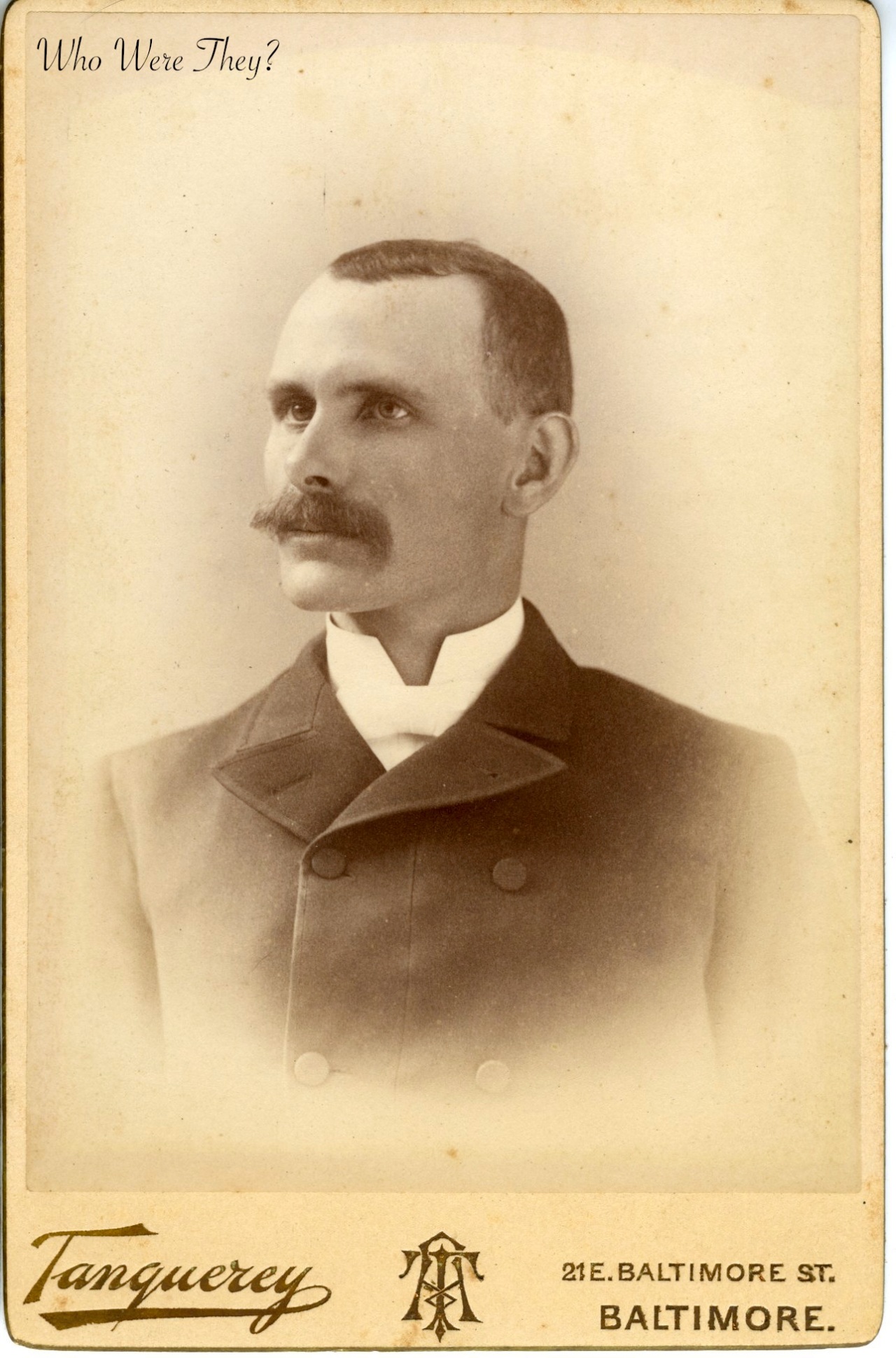 This gentleman is identified as Mr. Rutledge T. Gifford. Considering his first name is interchangeable for a surname, my guess is his mother was a Rutledge. It was a common practice to use the mother’s surname as the first name of one of her sons, typically her second son. Iggy’s research skills will likely root out exactly what ordinal position he occupied and if I’m correct. :-) Mr. Gifford has a strong jawline and full mustache to compensate for his receding hairline. His suit is a double breasted affair with a white bow tie.

Both photos were taken by Tanquerey (anyone want a martini suddenly?) of 21 E. Baltimore Street in Baltimore. Here is the back of the photograph: 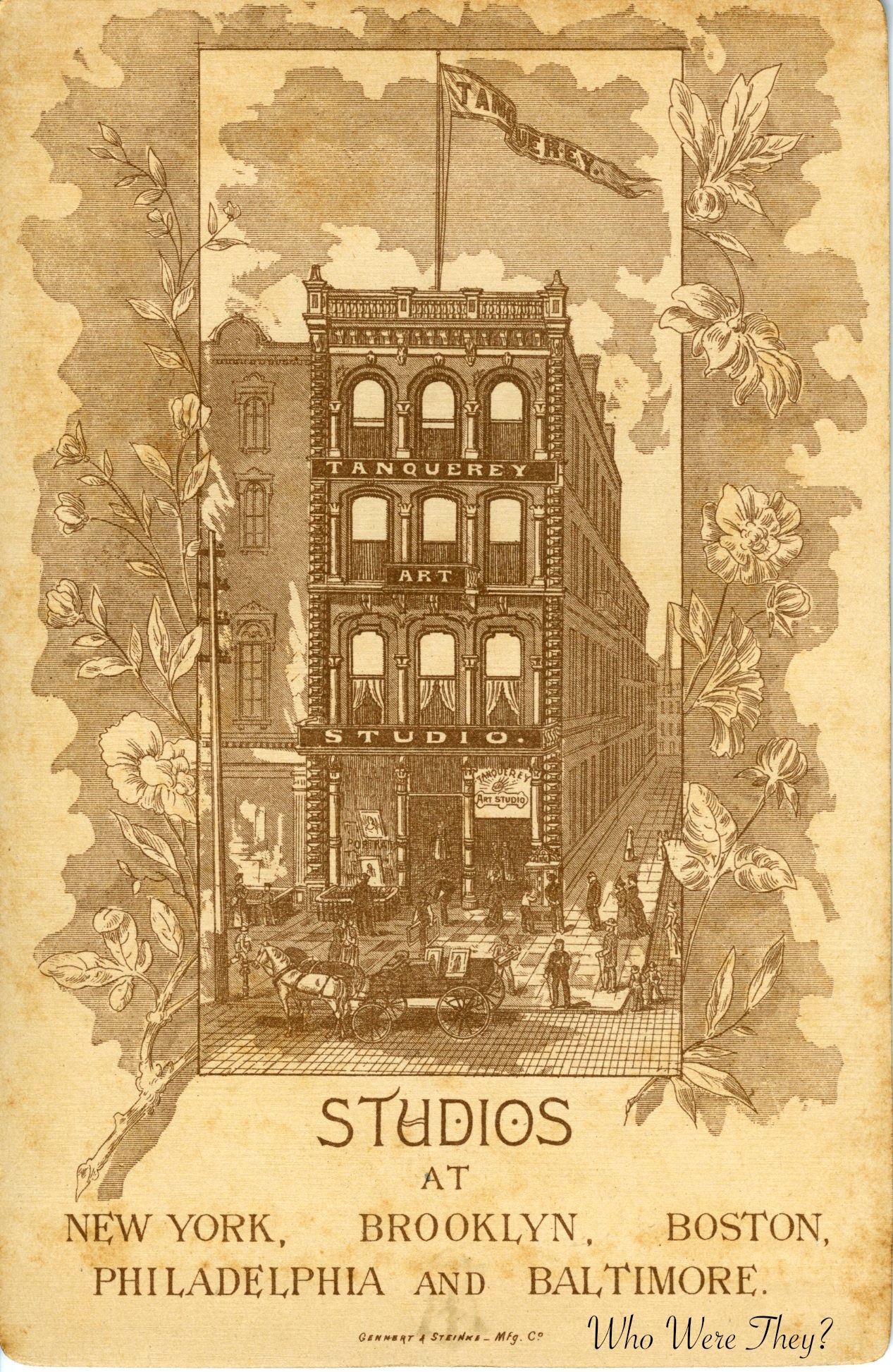 They had locations in New York, Brooklyn, Boston, Philadelphia and Baltimore. Quite a photograph franchise!

5 thoughts on “A Rutledge Connection”