I have a series of 9 CdVs that appear to be related. I call them the Hakens/Whitton/Pease series as those are the last names on the photos. The time range of the photos appears to be from the early 1860s to about 1880. Work is going to keep me pretty busy this week, so feel free to post your researches and clues in the comments. 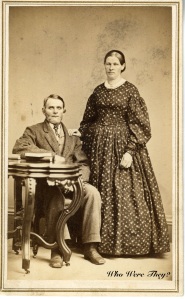 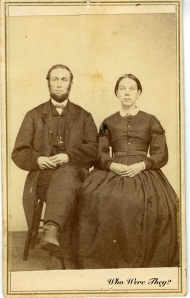 Herbert & Malvina Whitton, Jericho, UT – early 1860s
I find it interesting that the name of the photographer is actually scratched off the back of the card. 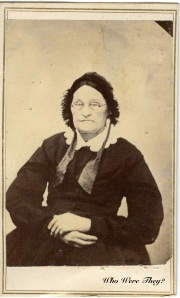 Note the handwriting on some of these is from the same hand, but at least two people wrote the notes. 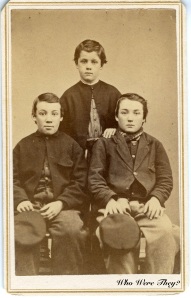